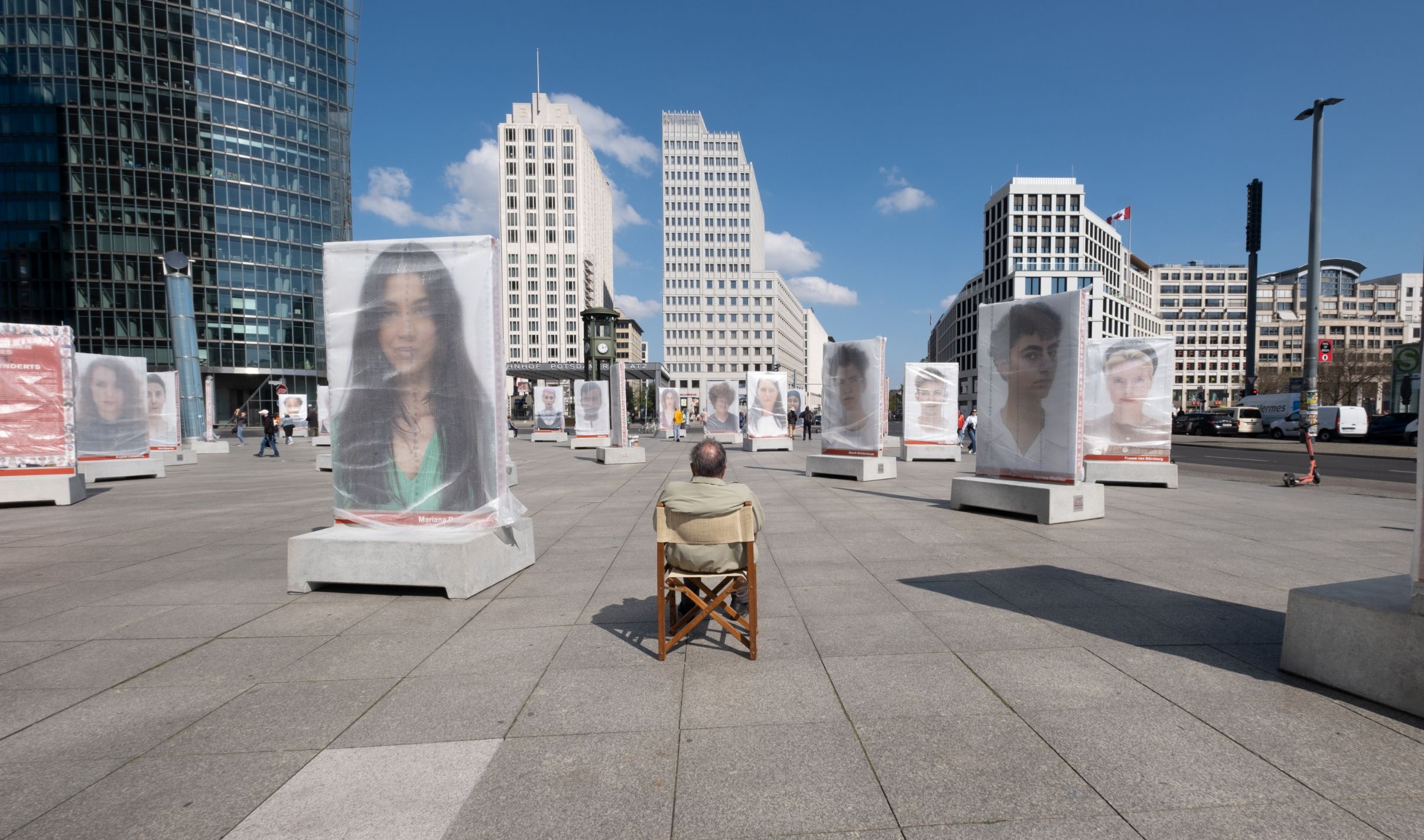 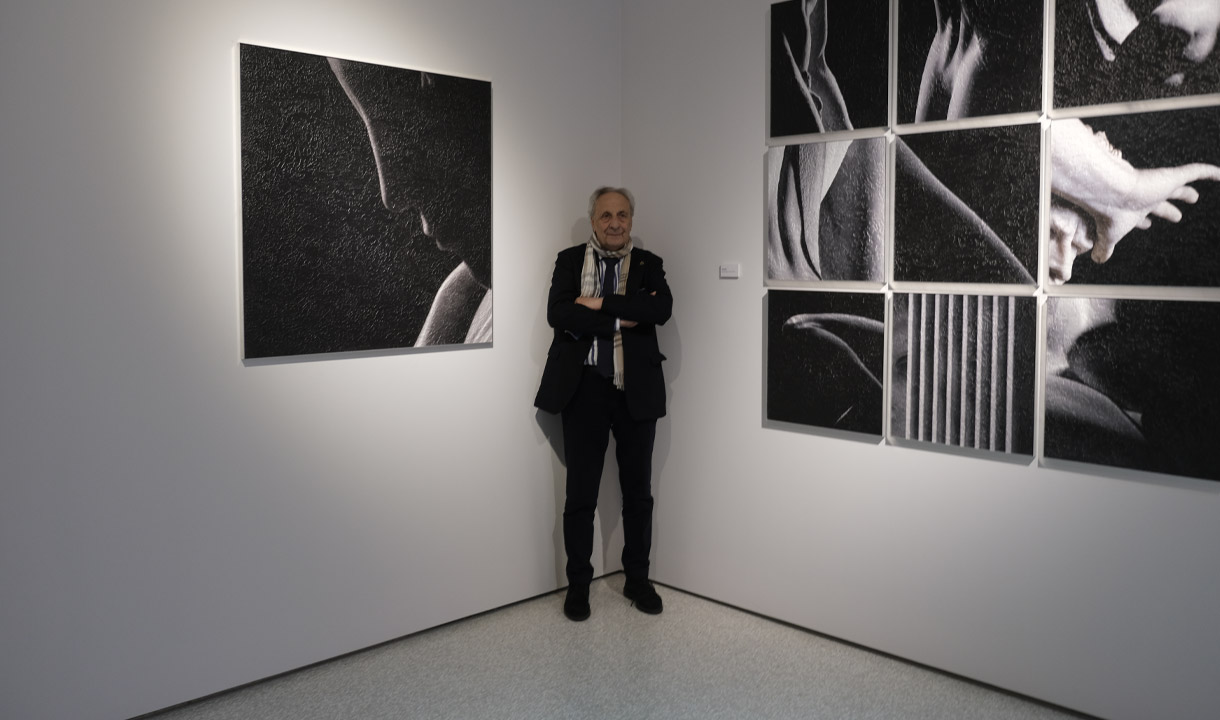 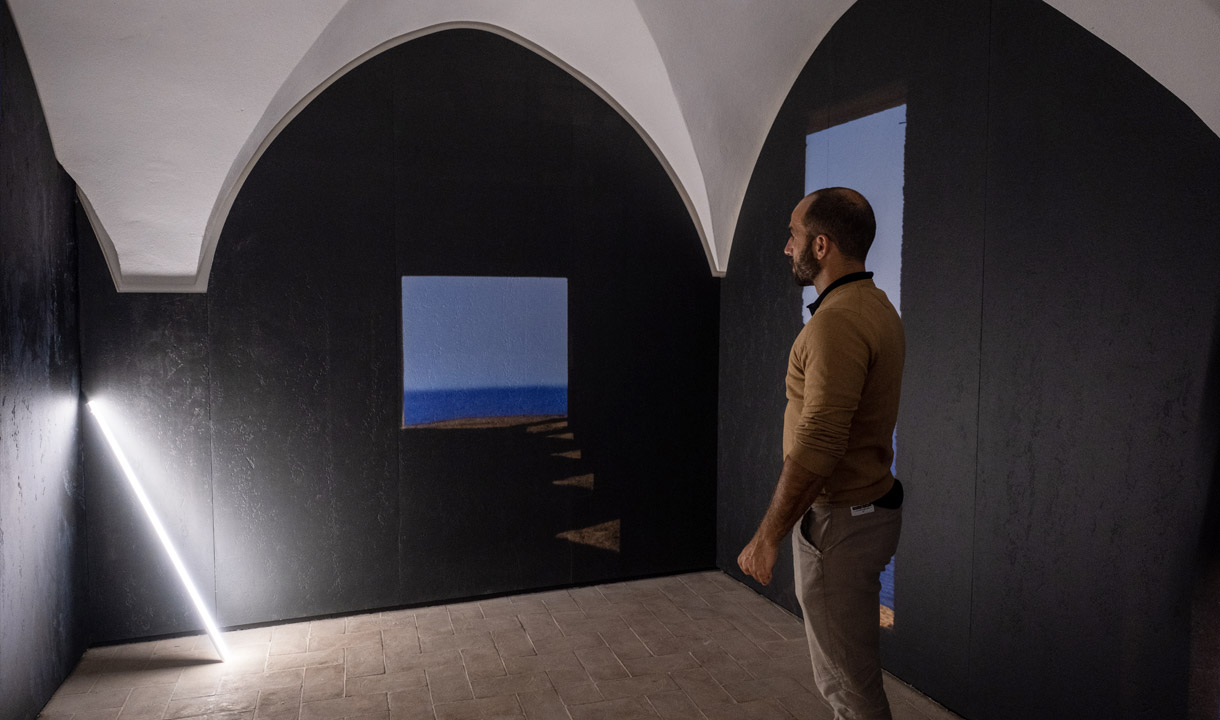 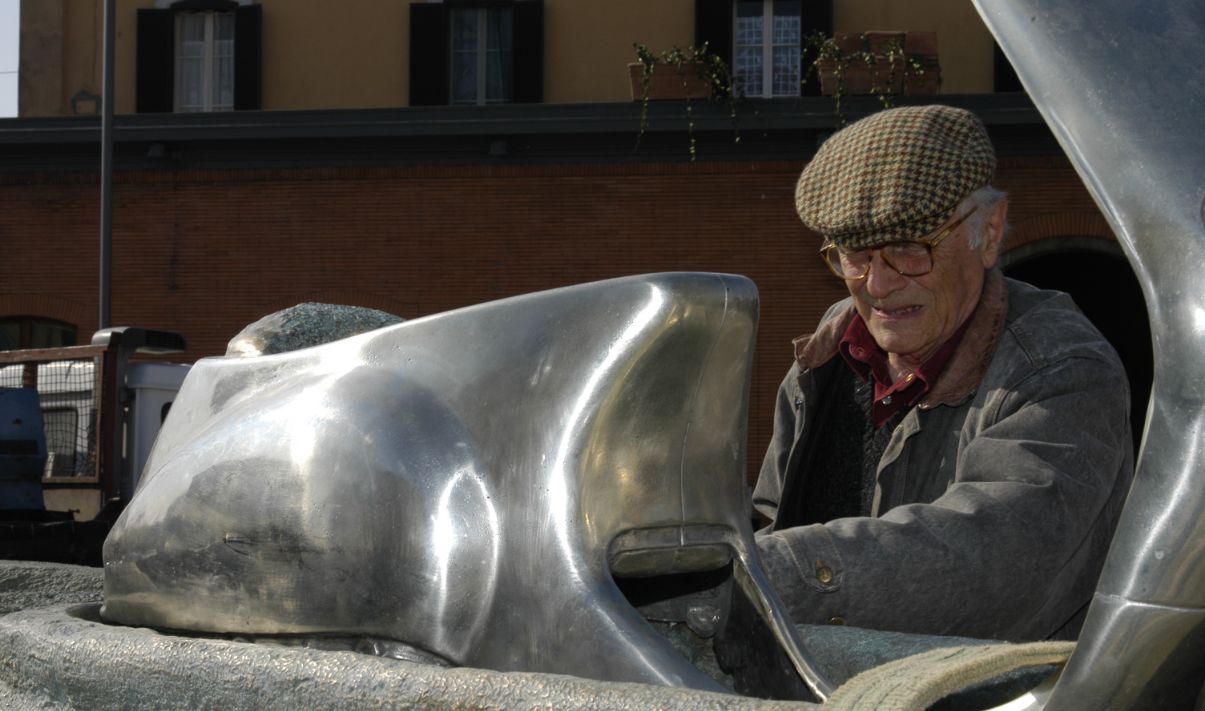 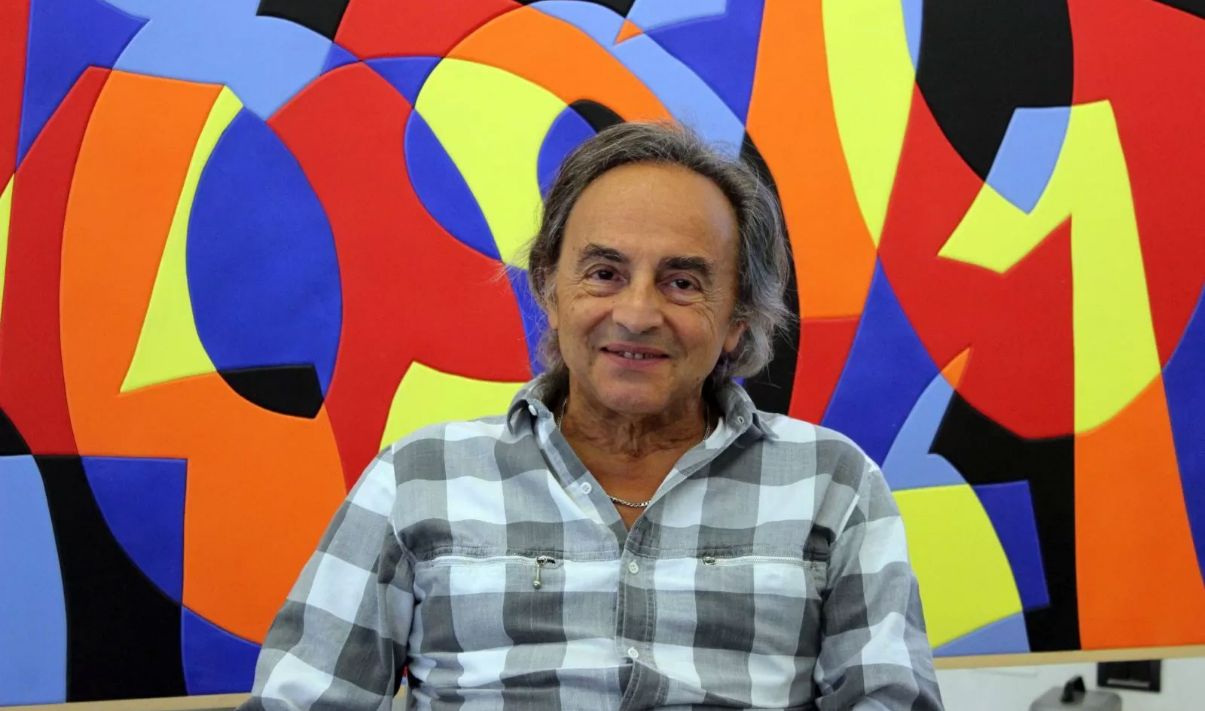 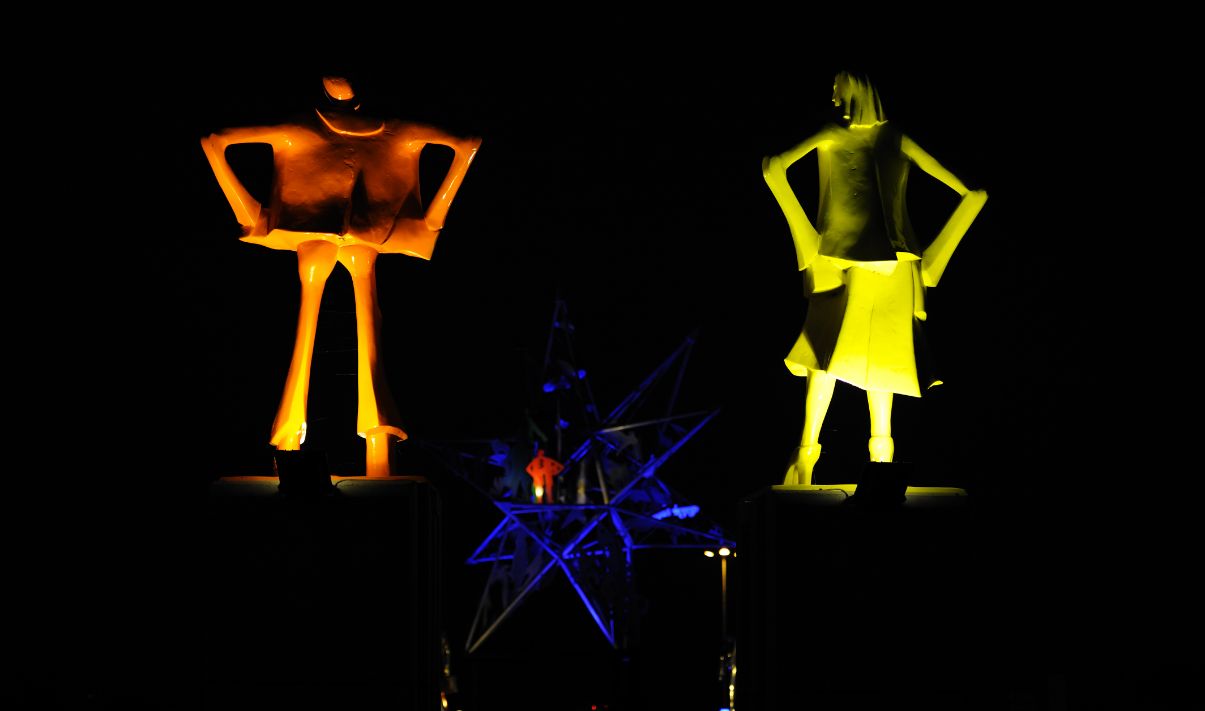 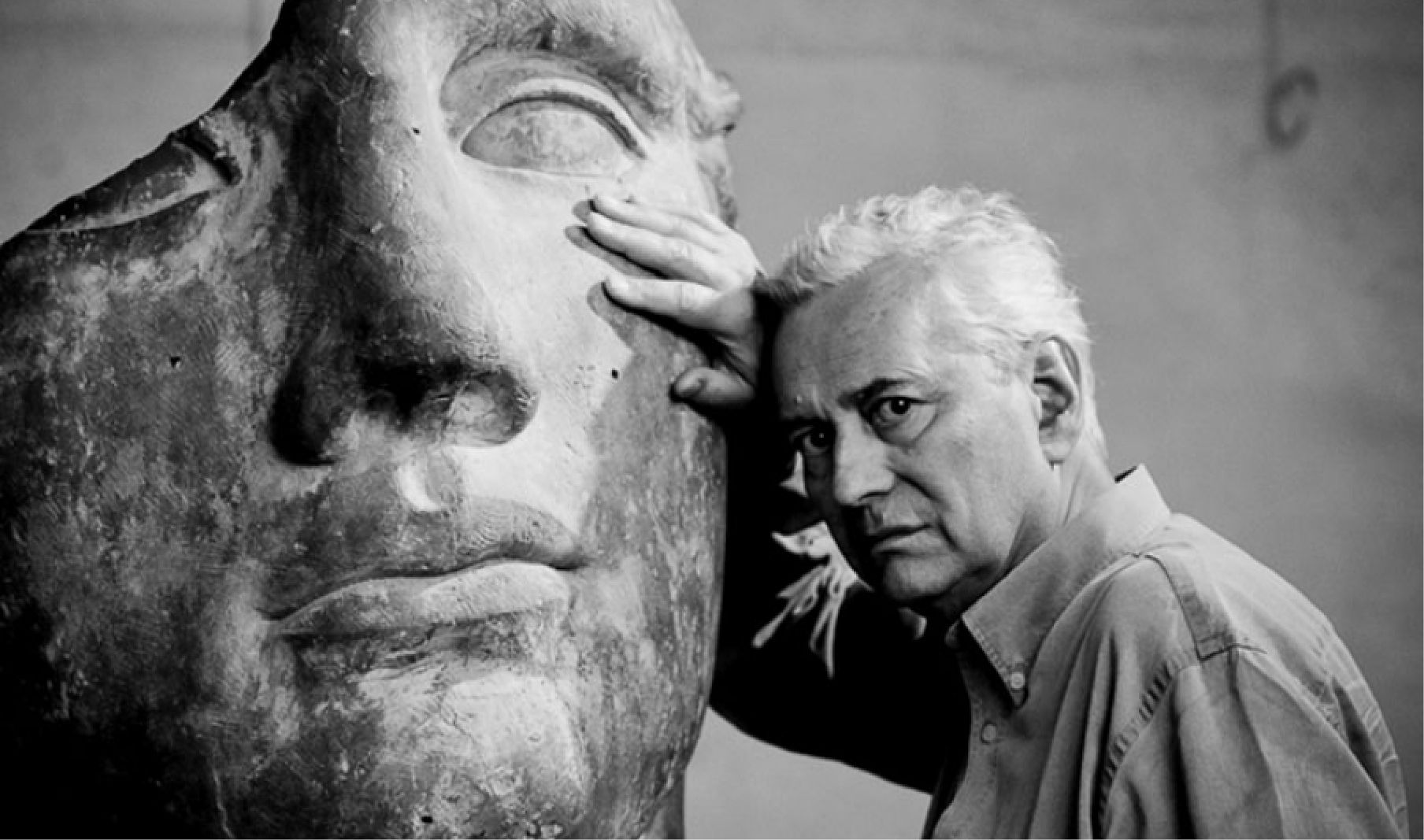 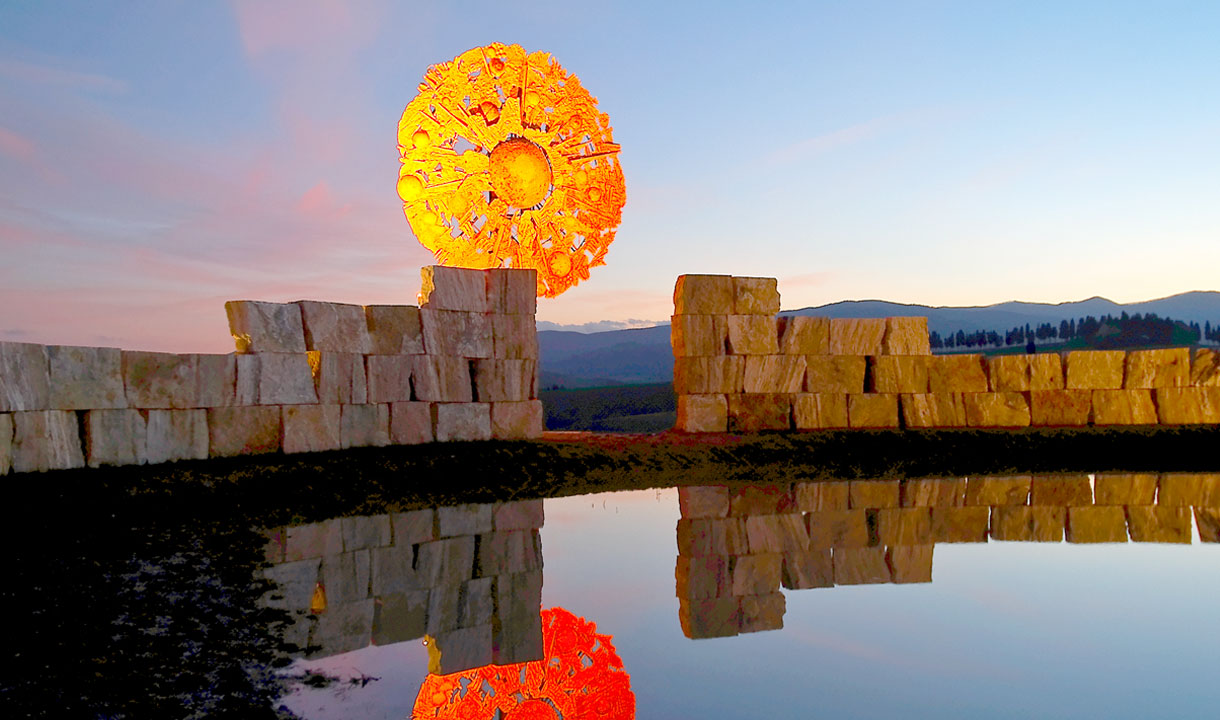 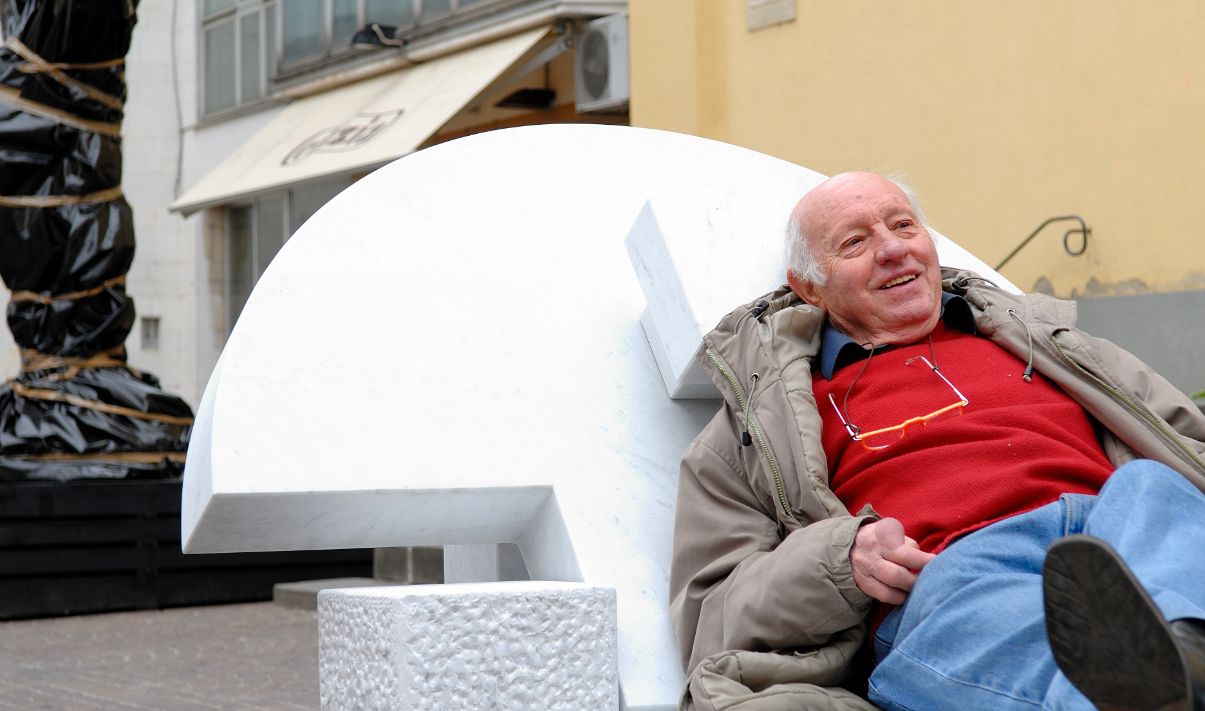 From renowned Benetton commercials to the human race, Toscani’s photographs are always able to move.
Toscani’s photography, which is strong, contentious, and scandalous, places the viewer in front of his particular responsibilities with no way out, stimulating him to examine his current condition.
“There is just true art or – on the contrary – its absence,” Toscani explains. True art fills the gap between us and perfection, assisting us in comprehending and closing this gap. Plants, oaks, and leaves don’t require art because they are already perfect.

Oliviero Toscani – The german of the twentieth century

Photographic, video, and sculptural installation are among the techniques used by this multidisciplinary artist. He was born in Florence and now lives in the Canary Islands, where he shows his art across the world. Ozzola is fascinated by the phenomen of light and its various physical characteristics. His major interests include conceiving and expressing the infinite, as well as geographical and introspective investigation.

Also known as the photographer of artists, Aurelio Amendola approached photography from a very young age and as self-taught. His natural light shots are immediately noticed by the sculptor Marino Marini who commissions him the first work as a professional. From there there will be many artists who choose Amendola to immortalize their work: De Chirico, Lichtenstein, Pomodoro, Schifano, Warhol, to name just a few. Not only contemporary artists, Amendola is above all famous for having immortalized and reinterpreted the great Renaissance masterpieces, first of all Michelangelo.

In the 1960s, he made his debut in the Italian art scene, offering a rare form of contamination between Pop Art, conceptual art, and impoverished art.
His ironic and transgressive work conveys an apparent sense of humour as well as a constant intolerance for the obligations of creative conformity, leading the artist to experiment with multifaceted research: culture and irony are the concepts behind each work, as well as the materials used to realize them, ranging from wood to metals, ceramics to glass.

COLLABORATIONS WITH G&S
“Nespolo-Laboratory without Secrets” -2013, Pontedera, Piaggio Museum
A cultural and educational approach that successfully integrates art, teaching, and urban regeneration.
The show, directed by architect Bartalini, features works by the Turin artist and pupils from Pontedera’s XXV Aprile high school, the outcome of a didactic workshop in which the students worked alongside the teacher. In addition to collaborating on the exhibition’s implementation, Giannoni & Santoni donated some pieces developed in the company’s artistic experimental laboratory.
Ecopyramide for Flowering Acacia by UGO NESPOLO
Art interacts with its surroundings, which becomes an important part of the piece. Because, unlike in white rooms of a museum, the fulfilment of the work of art takes on a dynamic dimension in this case, the visitor – who is located via traffic on board the car – is engaged in the art installation. This installation was created in collaboration with Giannoni and Santoni.

Mino Trafeli personifies the contemporary artist’s complicated persona. In 1964, he made a splash with some sculptures at the Venice Biennale: His journey has been marked by constant meditation on the work of art, which has driven him to explore every type of artistic expression and every method of achieving it. None of his works can be defined as complete: some were never completed (their gestation continues throughout time), others are completed but require revisions and ‘updates,’ and still, others conceived for a brief existence, are destroyed.

PARTNERSHIPS WITH G&S
Trafeli 2003. Factory Terra Terra-Pontedera
The Piaggio Foundation, in partnership with the municipalities of Lajatico, Ponsacco, Pontedera, and Giannoni & Santoni, staged an exhibition coordinated by Enrico Crispolti. A unique exhibition event in Italy: an ideal journey traced across the territories of the municipalities of Pontedera, Lajatico, and Ponsacco, distinguished by the profound interaction between land and industry. A single artist, Mino Trafeli, contaminated a 25-kilometre radius with his work, engaging a lot of people and places never seen before in any other event.

Sculptor, playwright, and graphic designer Arnaldo Pomodoro is one of the most important modern Italian artists.
Pomodoro follows in the footsteps of postmodern sculpture, a term coined by Jean-Francois Lyotard in his essay The Postmodern Condition. The classical traits of sculpture are lost in postmodernism, and sculpture becomes more than ever a mirror of the artist’s intimacy. The pedestal, generally used as the foundation for pieces, as well as the space in which the art is displayed, are both removed.

PARTNERSHIPS WITH G&S
Teatro del Silenzio 2007
The sun shines in the Lajatico countryside, both the real one that traverses the sky and the bronze one that rises from the Teatro del Silenzio’s lake and which Arnaldo Pomodoro, the famous sculptor, made with Giannoni & Santoni’s operational support. The bronze Sun shines brightly in the surrounding area and beyond. Here, the primordial elements – the lake’s water, the rolling hills’ land, the bronze fire, and the crystalline air – have truly merged and they created a new incentive for the territory and its inhabitants.

His enormous sculptures, built of heavy materials such as marble, bronze, iron, and aluminium, have an unexpected lightness to them.
“Metzler’s sculpture does not forcefully cross the abstract barrier; rather, it stops at the threshold while retaining recognizable features. It touches on the ready-made, that is, the assembly of everyday reality items, while keeping its independence because it aspires to be a story, a narrative. Metzler is a storyteller of the twenty-first century.”
(Dalmazio Ambrosioni)

PARTNERSHIPS WITH G&S
The big “Star” of K.L.Metzler’s Teatro del Silenzio 2010
The “Star” – the Maestro’s enormous work in metal tubes, in which hover a mixture of materials originating from plants and animals world, human silhouettes, and images of buildings that project into space – is the Natural Theater’s undisputed protagonist. The well-known Metropolitan Nevrotics, travelling installations realized in partnership with the architect Alberto Bartalini and with the operational help of Giannoni & Santoni, that the artist has brought on trips around our country and abroad. We recall their appearances in Milan’s Piazza della Stazione in 2007 and Assisi’s Lower Basilica Square in 2009.

Inspired by the civic commitment shared by many artists of his generation, Nado Canuti has dedicated himself to sculpture since the mid-1960s, developing a peculiar language, purified from the forms of geometric aspiration, but always tense and dynamic in the search for solid joints and compositional balances declined to infinity, sometimes dramatic, sometimes harmonic. His passion for different materials – concrete, wood, bronze, marble, resin, precious metals – manifested itself in a wide-ranging investigation, which was careful to explore all dimensional scales, from the monumental of enormous public works to the more intimate size of the designer.

PARTNERSHIPS WITH G&S
OFFICINA CANUTI- “The artist and the territory” – 2006-2008, Pontedera Ponsacco Lajatico and Palaia.
Paintings, installations, sculptures, murals, and art workshops are among the pieces on display. A project that will revolutionize the face of the Valdera, directed by architect Alberto Bartalini and designed in conjunction with Giannoni & Santoni. The master’s works realized during this time, become an integral part of the urban fabric, which they enrich. Instead, art critic Dino Carlesi is in charge of the event’s scientific direction, with contributions from Gillo Dorfles and Vittorio Sgarbi.

His art finds constant inspiration in the ancient classical world: Eros, Venus, Icarus, Prometheus, and Apelles are rethought and reinvented through a game between the find and the archetype. His sculptures, which are often massive, are broken, damaged, and full of gaps and “omitted” elements, prompting quick contemplation on who we have been and, more importantly, what remains of us. It’s not just a matter of nostalgia or philological work: the shards of the past, the bodies, and faces represented with well-proportioned, particularly Hellenic traits, serve as the beginning point for a discussion of subjects. Love, sexual desire, femininity, loneliness, and pain are ageless concepts.

PARTNERSHIPS WITH G&S
“Angels” exhibition, Piazza dei Miracoli, Pisa, 2014.
An event exhibition, commissioned by the Opera della Primaziale Pisana, designed and managed by the architect Alberto Bartalini for the Polish artist, on the occasion of the 950th anniversary of the cathedral’s foundation.
A massive contemporary fresco, “the flight of Ikaro,” produced by Giannoni & Santoni based on a sketch by Maesto Igor Mitoraj, is on display inside the new rooms of the Opera Primaziale del Duomo, measuring almost eight meters wide by three meters high.
Igor Mitoraj – “The Big Sleep” Teatro del Silenzio 2006, Lajatico Pisa Tuscany
The sculpture “The Great Sleep” – the theatre’s very symbol – depicts a human face and was created by Igor Mitoraj for the scenography of Manon Lescaut. It was later donated to the theatre’s foundation by the sculptor. Giannoni & Santoni provide operational support.

Oliviero Toscani – The german of the twentieth century

Choose Giannoni & Santoni as your partner for your next project